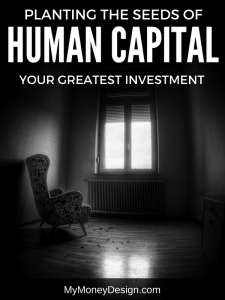 As the year comes to a close and I become another year wiser, I realize more and more how secondary money really is in the grand scheme of life. “Most of us” know this to be true about all the cliché things like bigger homes, more expensive cars, luxury jewelry, and so on. But what’s harder to define is that grey area in the middle … the place between having just enough for both now and the future, but not compromising our other priorities in life. This is a difficult line to walk.  In general, a lot of us believe that striving to work harder and earn more is a good thing.  Most of … END_OF_DOCUMENT_TOKEN_TO_BE_REPLACED

Go to the theater and the message is clear: Everyone LOVES super hero movies! Disney is practically printing money using the success of the Marvel studio franchises.  Since Iron Man, they’ve made over $10 billion dollars!  And Warner Bros is no fool either.  They hope to capture some of that market share with their upcoming line-up of DC-based comic book action movies. So, what exactly is the draw to these movies?  Why are they so irresistible?  And what makes us have to rush out on opening day with the whole family to spend +$50 and be the first to see them?   I’m Batman! When … END_OF_DOCUMENT_TOKEN_TO_BE_REPLACED 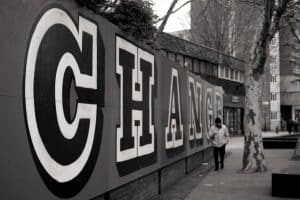 It has been about two weeks now since my family and I took the big plunge and moved into our new home. Like I mentioned in an earlier post, this move was all about priorities – the most important ones being close to my children’s schools and my wife’s work. In addition to relocating our home lives, my working life also took a dramatic turn.  I was offered a great job opportunity by one of my former clients at a location that was within a reasonable commute to my new house.  With little hesitation, I sprung at the opening and have now switched jobs. I’m sure I don’t need to tell anyone … END_OF_DOCUMENT_TOKEN_TO_BE_REPLACED 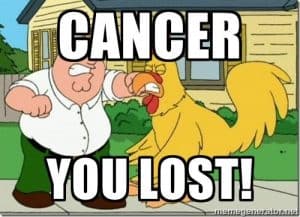 I have some very exciting news to share … As of my last PET scan, my cancerous tumor is gone! Finally!  My cancer is in remission! Last Thursday was also my last treatment of chemotherapy.  Even though I’m thankful the infusions got rid of my cancer, I am SO glad for that whole process to finally be over! From here on out it’s going to be CT scans every 6 months for the next 5 years.  As you can bet, I’ll have my fingers and toes crossed every single time that I get nothing but good news.   Cancer Really is a Silent Killer: Throughout this whole experience cancer has been … END_OF_DOCUMENT_TOKEN_TO_BE_REPLACED 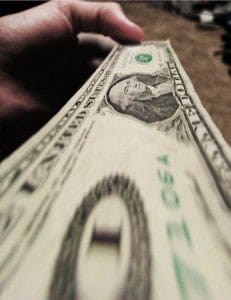 One of the fun things to think about when it comes to investing is what happens when your assets reach critical mass – the point at which your money is self-sustaining.  Generally that’s when your compounded returns are so large that they could support you if you were to suddenly stop working. Most of the time the goal for retirement is to reach this point and have our finances start to take care of us.  BUT … for fun, let’s consider what would happen if we didn’t. Let’s suppose you had accumulated $1 million dollars by the time you had intended to retire.   But being financially savvy, … END_OF_DOCUMENT_TOKEN_TO_BE_REPLACED 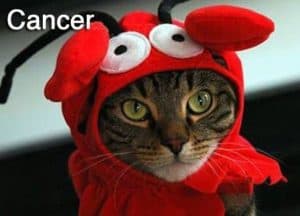 I just wanted to give everyone another quick update on my fight with cancer.  Things have been going fairly well so far, although I’m starting to feel more of the cumulative effects of chemo.  This past week was somewhat of a milestone for me – I’m officially halfway through my treatments!  Within the next few weeks I’m scheduled for a PET scan where they will be able to tell just how much my tumor has shrunk.  Our fingers are crossed for some good news! Aside from the actual treatments themselves, I can tell you this – in the days of post-recovery after chemo, you get a lot of time to … END_OF_DOCUMENT_TOKEN_TO_BE_REPLACED 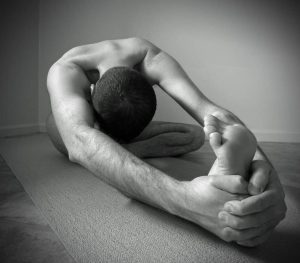 Usually I don’t tend to buy into headlines like “how to be more productive” or “how to improve your efficiency”, but recently I was pleasantly surprised by something I heard. One of the latest Pat Flynn Smart Passive Income podcast episodes was a whole thing about his daily habits and morning routine.  Normally I tend to gravitate more towards his bits about blogging and entrepreneurism.  But with the big recent changes in my health, I’ve been more open to trying just about anything. And I’ve got to say – I was glad I did! I’m not sure I’ve ever really realized how much time I waste … END_OF_DOCUMENT_TOKEN_TO_BE_REPLACED 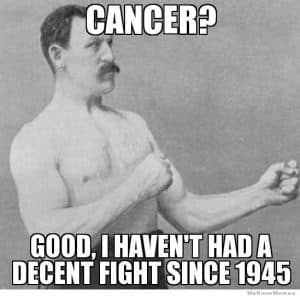 I wanted to give everyone a quick update on my health and how things are going. In case you didn’t know, I found out in January that I have cancer – specifically Type II Hodgkin's Lymphoma. As you can probably guess that came as a HUGE shock to me to because I’m an otherwise pretty young, healthy guy. However, as I’ve learned, cancer doesn’t discriminate its victims.   And so now this is just simply something I have to deal with and put behind me without hesitation. Since when I first broke the news to you my dear readers, I’ve received my official regimen of treatments: No … END_OF_DOCUMENT_TOKEN_TO_BE_REPLACED 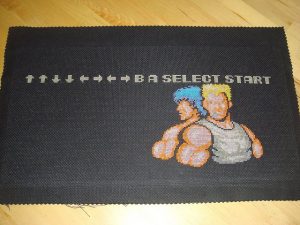 Remember video game cheat codes?  My son got a cheat code book from his cousin a few months back and he’s finding out just how awesome they are. Take your favorite video game or the hardest video game and the cheat code book gave you power you never thought you could have.  Unlimited lives.  More firepower.  Skipping ahead several levels to defeat the last big boss.  Honestly it made winning the game so much easier, and it was awesome! As I got older, I noticed something about cheat codes – there were more of them then just I knew about video games!  Clearly all around me there were all … END_OF_DOCUMENT_TOKEN_TO_BE_REPLACED 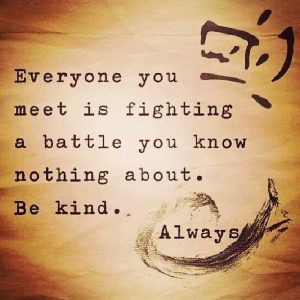 Two weeks ago I learned some pretty shocking news: I have cancer. What started out as a seemingly simple trip to the doctor to find out why my neck was feeling so constricted lately quickly escalated into an 8-night stay at the hospital full of scans, biopsies, and blood-work which ultimately concluded that I have Stage II Hodgkin's Lymphoma. Believe me – to say this has been quite a shock is to say the least.  I’ll be turning 35 years old next month and this is something I would have never guessed I’d be dealing with at this stage of my life.  I’ve always worked very, very hard to stay … END_OF_DOCUMENT_TOKEN_TO_BE_REPLACED